Vienna based new media artist, Ozan Turkkan (1980) is working at the intersection of art, science and technology. His work is centred on experimental digital media with a focus on generative and algorithmic code art, fractal geometry, mixed reality experiences, interaction, and motion as a reflection of the impermanent nature of existence, and human and social behaviour. He uses technology as a canvas to create innovative and engaging digital art installations.

He likes to explore the many-folded boundaries between science, art, and new technologies and combine different media elements in a creative process. Before the first steps in digital media, he studied and practised various art disciplines in Philadelphia, Salamanca, and Barcelona, collaborating with numerous institutions and art centres. After he graduated from The University of Salamanca, he received his Master’s degree in Multimedia at BAU (Escola Superior de Disseny, Universitat Central de Catalunya) in Barcelona, where he lived and worked for many years as a new media artist.

Living in numerous cities throughout his life Ozan Turkkan has developed a sense of multiculturalism and cosmopolitanism which characterised his works. Complicated structures, conflicting and coexisting colours, and diversity have been a parameter to push the artist to stress on a complex field that is converging around the art, new technologies, and the sciences of nature. 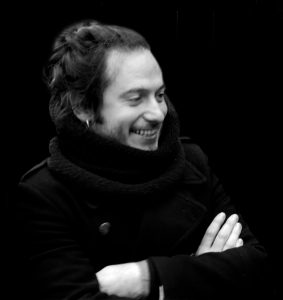