Benoit Mandelbrot, who coined the term “fractal” in 1975, describes fractals as “beautiful, and yet incredibly difficult”.
Fractal is one of the most difficult terms to define in geometry, but if we were to put it in terms which a non-mathematician could also understand, we could say that it is a geometrical figure which repeats the same pattern in all of its parts. This means that, as you get closer to the figure, you start to see the repetition of the same figure. The figure resembles itself and repeats itself ad infinitum. Even though it seems conceptually complex, this is a figure that we come across every day.

Alongside Türkkan’s VR installation points to us that the universe outside is repeated within us; it makes the distinction between inner and outer obsolete. VR technology becomes an ideal tool for this instance, since it presents a universe which we can only experience on our own. All in all, the works in this exhibition invites us to re-assess our place in the universe and our ties to it: a universe which we are a part of. 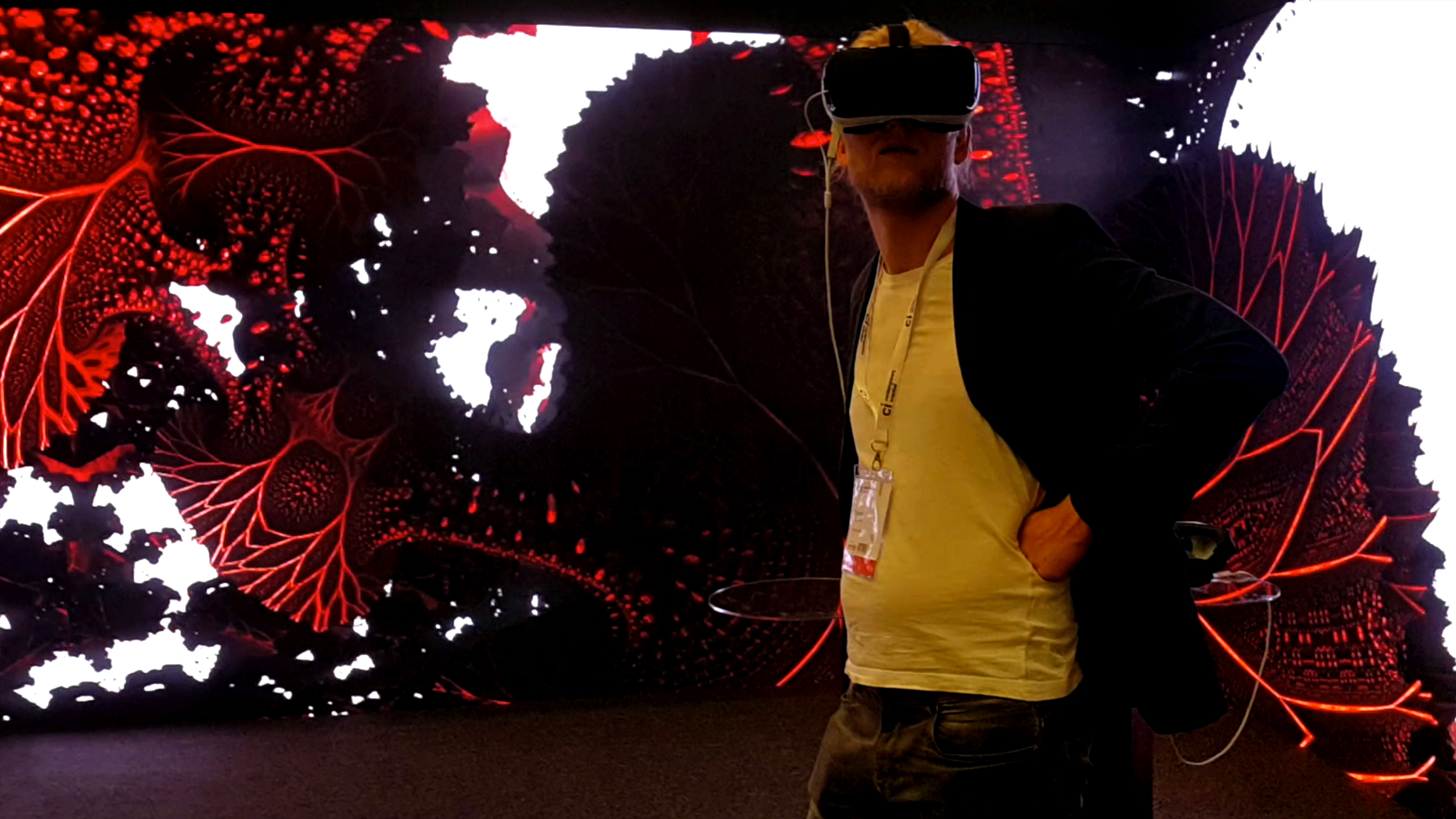